A new understanding of illness…

Almost all human disorders would seem to have their origin in a deep emotion that becomes embedded and leaves a mark on the body’s energy, either as a disturbed emotional state or in the form of illness or the malfunction of a specific organ or bodily process. Frequency Signatures address the problem at source and re-establish correct functioning in the energy or organ affected, inducing material adjustments which vary in nature according to the realm affected.

Decoding of Frequency Signatures and applications

Frequency Signatures can be decoded by software input with sacred ancient knowledge, where names have been converted into musical notes using a process that draws upon ancestral traditions and universal laws: the computer calculations integrate sacred geometry, numerology, the Hebrew alphabet, the Fibonacci sequence, the Golden Ration, Dührer’s Magic Square, and other data. Frequency Signatures are the music specific to every living or non-living entity, based upon the note A=432 Hz and notes at intervals given by an exponential logarithmic scale, which is quite different from the well-known tempered scale, and which speaks directly to our physical cells.

Every living or non-living being has its own acoustic signature, its own combination of ‘music genes’, which has been transmitted from generation to generation, life upon life, from the dawn of time to the current day.

Applications of the Frequency Signatures are various, allowing both a reading of archetypal patterns that shape emotions, and the correction of disrupted behaviours that result. All this is possible when one understands that mastery of the Word, or of Frequency, can influence all physical manifestations and behaviour.

This rapid, effective, and innovative technique brings to the surface and repairs emotional fractures born of the history of the Individual and his or her genealogy. Harmonic frequencies  go far beyond the threshold of hearing, becoming very high indeed, attaining the level of so- called ‘quantum’ particles (scalar waves), where memory and memories are held, and addressing all the dimensions of a being.

Reactivation of the centre of ideation for harmonious mental functioning

In this way, all those inharmonious memories that attach to man are naturally deactivated so they may no longer conflict with the wellbeing of the Individual. Through the action of the right side of the brain, which picks up on this subtle information coming from our senses, the left side of the brain can bring it to consciousness, on condition that the spleen, the organ where the unifying functions of the heart meet the separating functions of the liver, the spot where the two opposing dimensions of Spirit are anchored, is functioning correctly. This pulsating between separation and unification is the very movement of Consciousness which enables the Spirit part of soul to incarnate in form, in the fleshly vehicle it has chosen.

This crucial pulsating of Spirit is under the control of specific atoms of the myocardium (the heart muscle). The spleen is the apex of the process and it is the spleen that receives information from the right side of the brain when it communicates data on external conditions  captured by the physical sensors. These conditions are analysed by the spleen, which assigns a response, of thought, word or action…

The spleen, therefore, is the epicentre of ideation, while the brain is little more than the decoder of electrical impulses received, transmuted into conventional words by the left brain. In other words, it is the human spleen that is the compiler of existential information conveyed by the physical senses. It communicates the information directly to the liver for analysis of the reliability of awareness, and to the heart for analysis of the reliability of feeling. It is the result of this tripartite analysis that the spleen retransmits to the right brain as the Response, which is instantaneously sent to the left brain for Action…

This system of thought is the natural one. From the moment over-intellectualization takes over, the information captured by the physical senses and received by the left brain is not transmitted to the right brain for communication with the spleen. Instead of a healthy tripartite analysis, a purely intellectual analysis occurs, enclosing the person in an artificial thought- casing (black box) which becomes a sort of tumour of the left brain. When a question arises, it is no longer Consciousness that responds but the black box, in other words, artificial intellectual thought. The reconditioning of these innate faculties through Frequency

Signatures allows the individual, if such is his or her wish, to function once more using the system of natural thought. The ‘root events’ or ‘emotional fractures’ which are the cause of the imbalance can, through the action of this powerful tool, be expressed, extracted, and resolved, thus limiting or even eliminating (depending on the degree to which the Individual is able to integrate the universal laws of free will) emotional, psychological, and/or physical deregulation.

Principle behind reactivation of brain-organ connections

We are all governed by morphogenetic information fields. These fields are the pilots of matter. They are composed of our memories, in other words our life experiences and beliefs. Every experience, whether good or bad, is coded in these fields, which means it goes on to constitute are future life. According to Dr. R. G. Hamer, it is in this way that a psychological or emotional shock suffered in isolation creates the equivalent in the brain of a short-circuit: the short-circuit prevents dialogue between the information field and its antenna (an organ or set of cells).

The works of Rupert Sheldrake have shown us that the morphic field is responsible for the form and function of all living forms. That is why, following an accident or damage to part of an organism, the morphic field tries to reconstruct the organ or cells involved. If it fails to get a ‘reply’ (confirmation of the reconstruction for the targeted organ or function) it continues (as long as there is no stabilization within the organism as a result of natural self-regulation) programming cell multiplication indefinitely, generating uncontrolled mitosis – an anarchic cell reproduction that in extreme cases culminates in a diagnosis of cancer!

Every organ, every bodily function has its own Frequency Signature. Every illness, every disorder has a corresponding Frequency Signature that has lost synchronization with the rest of the body and the living system it is part of. The principle of correction offered here has no known therapeutic equivalent and operates in the same manner as homeopathy, using the law of opposites and similimums.

For example, a reactivation of the Frequency Signature (similimum) or an opposition of phase (law of opposites) can be used to repair the short-circuit and thus re-establish dialogue instantly between the morphic field and the organ or function at fault.

This extraordinary technique can cleanse us literally of the lingering psychological situations from which we all suffer. There is no known equivalent of the therapy. It is a frequency-based tool, by definition mathematical, and therefore a non-medical, as it is a non-psychological, tool. Rebalancing Frequency Signatures helps re-centre identity; this is a very precious tool when it comes to solving behavioural problems.

The efficacy of the treatment will no doubt come as a surprise when you actually experience it, and discover its power to liberate unthought-of aspects of your personality and psycho- emotional self. A more than usually avant-garde Quantum treatment! (Translation of part of www.energie-sante.net official site)

After each session (the number of sessions is equal to the number of names you have) you take away with you a CD that you should listen to for 21 days. I am so looking forward to sharing this marvel of Quantum science with you! (Extract from www.energie-sante.net)

You can have this treatment in the Department of Aude, or in Montpellier or Perpignan

You can hire our therapy room 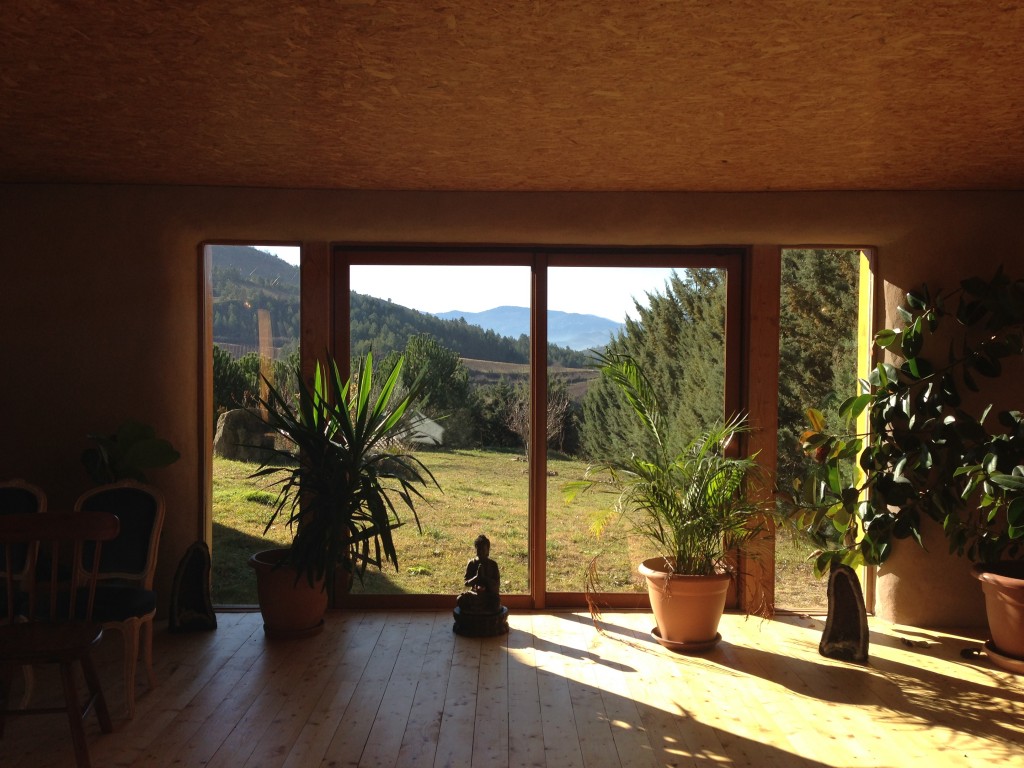 If you wish to hire our therapy room, please contact us for more information.

This website uses cookies to improve your experience while you navigate through the website. Out of these cookies, the cookies that are categorized as necessary are stored on your browser as they are essential for the working of basic functionalities of the website. We also use third-party cookies that help us analyze and understand how you use this website. These cookies will be stored in your browser only with your consent. You also have the option to opt-out of these cookies. But opting out of some of these cookies may have an effect on your browsing experience.
Necessary Always Enabled
Necessary cookies are absolutely essential for the website to function properly. This category only includes cookies that ensures basic functionalities and security features of the website. These cookies do not store any personal information.
Non-necessary
Any cookies that may not be particularly necessary for the website to function and is used specifically to collect user personal data via analytics, ads, other embedded contents are termed as non-necessary cookies. It is mandatory to procure user consent prior to running these cookies on your website.
SAVE & ACCEPT